Moving To A New Blog!

Hi friends! As you may know, I've had quite the dilemma with my blog due to a personal crisis. While I love blogging here, I never felt like I completely gave it my all. For now I am closing my blog and will be a contributor on my good friend Kayla's blog, The Bibliophilic Nerds! She has a wonderful blog and I am honored to be a part of it. I hope you will come visit us! We'd love to see you there because we like hanging out with all book nerds. I will still be on Twitter and Goodreads so I won't be completely gone. Stay bookish my friends, and I hope to see you around!

Sincerely,
Stacie
Posted by Unknown at 11:27 AM No comments:


Humans and androids crowd the raucous streets of New Beijing. A deadly plague ravages the population. From space, a ruthless lunar people watch, waiting to make their move. No one knows that Earth’s fate hinges on one girl. . . .
Cinder, a gifted mechanic, is a cyborg. She’s a second-class citizen with a mysterious past, reviled by her stepmother and blamed for her stepsister’s illness. But when her life becomes intertwined with the handsome Prince Kai’s, she suddenly finds herself at the center of an intergalactic struggle, and a forbidden attraction. Caught between duty and freedom, loyalty and betrayal, she must uncover secrets about her past in order to protect her world’s future.


WHAT I LIKED!
WHAT I DIDN'T LIKE
FINAL VERDICT
The bottom line with Cinder was that it was an excellent introduction to a fantastic series! I cannot wait to continue the series. I hear Scarlet and Cress are even better so I'm really excited about that. I would highly recommend this series if you like to read fairytale retellings with some science fiction in the mix. This book has some crazy twists and turns, beautiful world building, and I cannot wait to see what else Marissa has up her sleeve!
Posted by Unknown at 1:55 PM 6 comments: 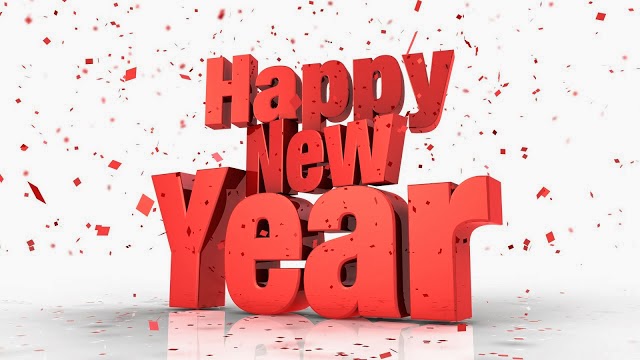 Hi all!!! Happy New Year! How has everyone been? Sorry I have been missing for so long. It has been a rough couple of months since November. Its been a roller coaster of a ride for me, but everything is well. I will be back to blogging soon because I have missed it so much! As for now, I must still be on a break because I am in the process of moving. Yay!!! I just wanted to let everyone I was still alive and I haven't quit my blog yet. If you are ever on Twitter, drop by and say Hi to me! I'm always around on there. Have an awesome day all! Miss you!

~Stacie
Posted by Unknown at 2:28 PM No comments: 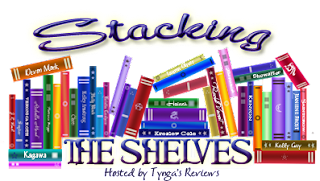 Stacking the Shelves is a weekly meme hosted Tynga's Reviews. Stacking The Shelves is all about sharing the books you are adding to your shelves, may it be physical or virtual. This means you can include books you buy in physical store or online, books you borrow from friends or the library, review books, gifts and of course ebooks!

Happy Holidays everyone!!! I hope you all had a wonderful Thanksgiving with your family and friends. I got lots of books for the month of November! While I am super happy to get all the books I want, sadly I cannot get as many books anymore due to a family crisis. Not sure how long I will be able to do this, but we'll see. So here is my awesome haul I got! 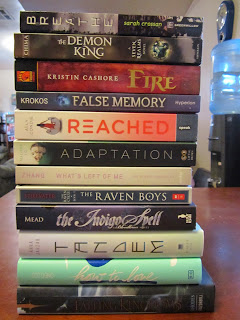 BREATHE by Sarah Crossan
THE DEMON KING by Cinda Williams Chima
FIRE by Kristin Cashore
FALSE MEMORY by Dan Krokos
REACHED by Ally Condie
ADAPTATION by Malinda Lo
WHAT'S LEFT OF ME by Kat Zhang
THE RAVEN BOYS by Maggie Stiefvater
THE INDIGO SPELL by Richelle Mead
TANDEM by Anna Jarzab
HOW TO LOVE by Katie Catugno
FALLING KINGDOMS by Morgan Rhodes
All these books I haven't read and I'm dying to read them! I have to know the ending to Ally Condie's Matched Series, and I really need to catch up with The Indigo Spell. I love that series!
BOOKS I WON! 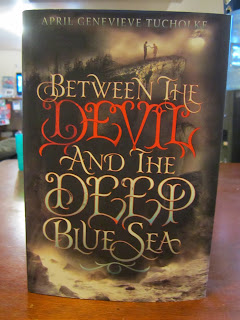 BETWEEN THE DEVIL AND THE DEEP BLUE SEA by April G. Tucholke
I won this from the awesome Kayla DeGroote at The Bibliophilic Nerds﻿
BOOKS I GOT GIFTED! 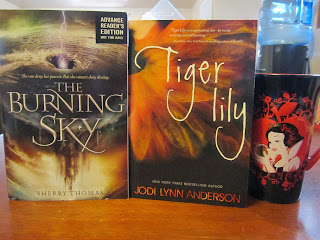 THE BURNING SKY by Sherry Thomas
Chrys from Oh, Chrys hosted A Bookish Christmas, where bloggers participate in a Secret Santa (but we know who our partner is) so to speak. The super sweet Anya from On Starships and Dragonwings gave me this book! Thank you Anya, I cannot wait to read it!
TIGER LILY by Jodi Lynn Anderson, plus a Snow White mug hehe
This was a gift from The Hubs because he loves me so much lol!
BOOKS I GOT SIGNED! 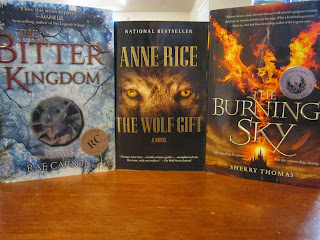 THE WOLF GIFT by Anne Rice
When I was in Vegas for the Vegas Valley Book Festival, Anne Rice was going to be in L.A. signing her new book. My sister and cousin are huge fanatics of her, so they went and got a signed copy for me too!
THE BITTER KINGDOM by Rae Carson and THE BURNING SKY by Sherry Thomas
During the time I was in Vegas, I knew that the Pitch Dark Tour was there previously in September. I went to that B&N to see if they had any signed copies left. Low and behold they had these lovely beauties and they look so pretty in person!
E-BOOKS I BOUGHT!
TEARDROP by Lauren Kate
THE EYE OF MINDS by James Dashner
PERFECT RUIN by Lauren DeStefano
ANOTHER LITTLE PIECE by Kate Karyus Quinn
SIEGE AND STORM by Leigh Bardugo
FINDING IT by Cora Carmack
FINNIKIN OF THE ROCK by Melina Marchetta
POISON PRINCESS by Kresley Cole
STEELHEART by Brandon Sanderson
That is the lovely stack I got. What did you get over the month of November?! Link me up if you like!
﻿
﻿
﻿
﻿
Posted by Unknown at 12:13 PM 8 comments:

Review: Crash Into You by Katie McGarry


The girl with straight As, designer clothes and the perfect life-that's who people expect Rachel Young to be. So the private-school junior keeps secrets from her wealthy parents and overbearing brothers...and she's just added two more to the list. One involves racing strangers down dark country roads in her Mustang GT. The other? Seventeen-year-old Isaiah Walker-a guy she has no business even talking to. But when the foster kid with the tattoos and intense gray eyes comes to her rescue, she can't get him out of her mind.
Isaiah has secrets, too. About where he lives, and how he really feels about Rachel. The last thing he needs is to get tangled up with a rich girl who wants to slum it on the south side for kicks-no matter how angelic she might look.
But when their shared love of street racing puts both their lives in jeopardy, they have six weeks to come up with a way out. Six weeks to discover just how far they'll go to save each other. 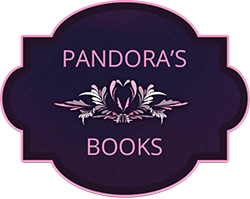 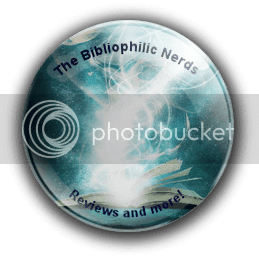